A new helpline providing support for Service personnel experiencing or witnessing bullying, harassment or discrimination has been set up by the Ministry of Defence to clamp down on instances of unacceptable behaviour in the Armed Forces.

The helpline, which will go live in September, will be staffed 24/7 by trained bullying, harassment and discrimination advisers and qualified counsellors, who will provide emotional support, information and guidance to callers.

Individuals will be able to report incidents anonymously to independent advisers and seek help on how to take issues forward, including through local support networks or the service complaints system, where necessary.

Establishing the bullying and harassment helpline was one of the key recommendations of Air Chief Marshal Wigston’s review into behaviour across defence that was published last year. The report found that while the majority of personnel behave appropriately, there is still an unacceptable level of inappropriate behaviour in the military. Thirty-six recommendations were made as part of the report, all of which have been accepted by the Ministry of Defence.

To evaluate the success of current measures and ensure progress continues to be made at speed, an independent review of Ministry of Defence’s (MOD) anti-bullying work will be led by Danuta Gray, a Non-Executive Board Member and Chair of the People Committee at the MOD. In this role she has overseen processes for managing the careers of senior military officers and senior civil servants, with a specific focus on behaviour and incentives across Defence. The review will commence on the first anniversary of the Wigston review (Wednesday 15 July 2020) and will run for approximately 3 months.

Strengthening Families – By Your Side 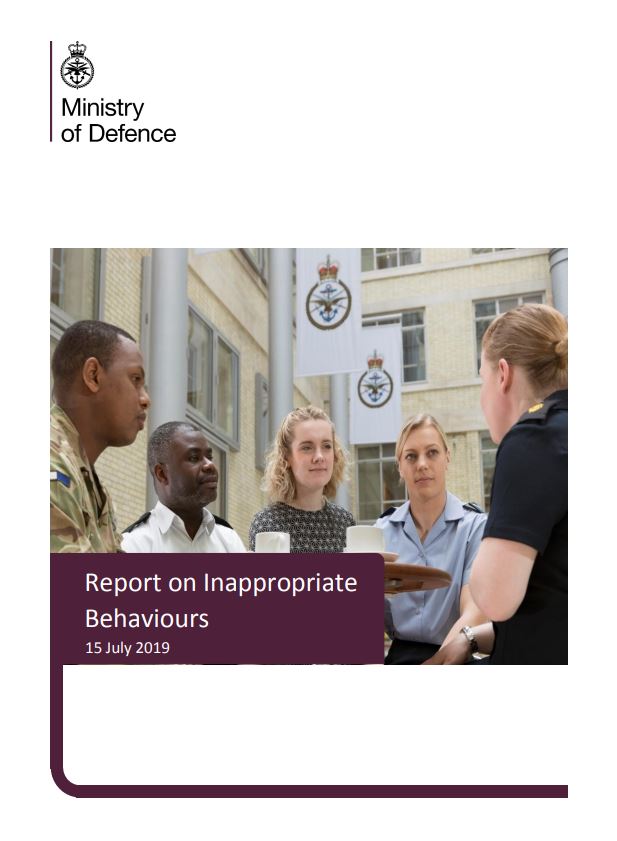