UCAS is an independent charity providing information, advice, and admissions services for universities and colleges across the UK. Click here for their advice to applicants from the Armed Forces community.

Telling your story to UCAS for young people

Telling your story to UCAS for young people

Children from military service families are under-represented in the higher education population. Up to 4 out of 10 children who, if in the general population would go to university, do not go if they are from a military family (McCullouch and Hall, 2016). This has been recognised by the Office for Students (OfS), which identifies children from military families as a target group to be addressed by universities and colleges in their access arrangements. You can find out more about this on page 18 of this document. The Office for Fair Access (the body which previously was responsible for higher education access) published a topic briefing about students for military families which you can find here.

The Naval Families Federation is working with its partners in the Service Children’s Progression Alliance to improve further and higher education outcomes for Service children, and to encourage universities to include them in their access arrangements. The Alliance website is a useful source of resources for teachers, parents and others who are interested in championing children from Armed Forces families.

What do I need to do as a potential university applicant, or the parent of a young person applying to go to university?

What do I need to do as a potential university applicant, or the parent of a young person applying to go to university?

You can, if you wish, make the university aware of your status as a child of a military family. Very often we find that young people from Armed Forces families do not consider themselves to be particularly ‘different’. You may not see any reason why your characteristics should be of any special interest to your chosen university. On the other hand, there may be aspects of being part of an Armed Forces family that have influenced your choices and outcomes. Your UCAS application gives you an opportunity to say something about these if you wish to do so. Obviously you are your own person, and not defined by your parent’s military service, but it may have had an influence – positive, negative or neutral – on your educational journey and your personal growth.

There are 3 areas of your UCAS application where you may identify as a young person from a military family:

On your UCAS application, there is a parental occupation box with a drop down menu from which you can select ‘Armed Forces’. This enables UCAS to collect data which will help build a clearer picture of what is happening for Armed Forces families nationally.

There is plenty of information on the UCAS website about writing your personal statement. We particularly like the writing tool which leads you through the sections and explains what to include.

The first section of your personal statement will explain:

Section 2 – your skills and achievements

In the second section you will write about the skills and achievements that will help you on your chosen course of study and with life at university in general, giving evidence to support why you are right for your course. There is an opportunity to say something here about particular skills that you may have gained from being part of an Armed Forces family. Keep it positive. Include skills that are relevant to the course you are hoping to study and make the link. For example:

“I moved schools frequently as a result of my parent’s service, and have learnt to settle in quickly in new places and cope with change.”

“My parent has been away from home a lot with the Armed Forces. I have needed to be responsible for my younger siblings at times, and this has helped me to organise my time and be reliable.”

“I have learned to cope with stress and be more resilient as a result of my parent being injured whilst deployed on combat operations. Although it was hard at the time, I worry less now about big challenges because I know I can cope with difficult situations.”

“I am a young carer for my brother who has special educational needs. When my dad is serving away from home with the Armed Forces, I take on additional responsibility for my brother while my mum is at work. This shows that I am independent and resourceful.”

“As someone from an Armed Forces family, I have had to be adaptable and flexible as roles and routines in our home change a lot depending whether my dad is away.”

You can give your permission for your school, college or registered centre to include information in your reference about your circumstances that may have affected/have affected your academic work.

This information can help the admissions staff at the university to consider your achievements and potential in context. It is best if you let you referee see a copy of your personal statement so that they can avoid duplicating what you said, but they can comment on what you wrote if they wish.

Good luck! We wish you every success with your application. If you want to tell us about your journey into higher education, please do get in touch with us. We would love to hear your story!

The President’s Award Scheme can provide educational grants and scholarships to the children of serving and ex-Service non-commissioned ranks up to university age. One-off grants of up to £500 are available to help pay for course fees, public transport costs, text books, course equipment, specialist clothing and more. Alongside the grants, scholarships are available for applicants who are going to university and aged 21 or under. A continuation application is required each year and is accepted up to age 23. Up to £1,500 per year can be awarded to Service children going to university to study for their first undergraduate degree; usually awards are made to help with accommodation costs. The awards are decided by committee who will look at the individual circumstances of each applicant. The Committee meets tri-annually in January, July, and September.

You can find information about student funding, depending on where you live, here:

If you experience difficulties in securing higher education funding because of your connection to the Royal Navy or Royal Marines, please do contact us and let us know. We are committed to removing disadvantage related to your Service connection. You can also contact CEAS for expert guidance on the process.

Becoming a Teacher in the UK

Becoming a teacher in the UK

You can apply through UCAS for the main postgraduate and undergraduate teacher training programmes in England, Wales, and Scotland. The route for teacher training differs in Northern Ireland. Details of all the routes can be found on the UCAS website here. If you are already a qualified teacher, and are experiencing difficulties in transferring your skills between devolved nations on re-assignment to a new area, please do contact us.

Ministers have urged all UK universities to boost support for Armed Forces communities.

In a joint letter dated 18th April 2019, Tobias Ellwood, Minister for Defence People and Veterans, and Chris Skidmore, Universities Minister called on institutions to sign up to the Armed Forces Covenant.

Currently 57 out of 136 UK universities have signed up to the Covenant, including 3 of the 24 Russell Group universities. The Russell Group represents those universities with a shared focus on research and a reputation for academic achievement. According to research conducted by the University of Winchester, the participation for young people from Armed Forces families in higher education is 24%, compared to a rate of approximately 43% for the overall population.

This call came in light of the recent announcement from Department for Education which confirmed a £5 million funding to pay the tuition fees for eligible serving personnel and Service Leavers.

Universities can support the Armed Forces Covenant in a number of ways including ensuring admissions policies reflect the needs of the Armed Forces community, benchmarking Service experience and qualifications against course entry requirements or having a presence at local careers fairs for those leaving the Services. Universities which have already signed up to the Armed Forces Covenant are leading the way with support for military personnel and their families, pledging to support those who wish to serve in the armed forces as Reservists, and offering flexible leave before or after deployment to personnel and their partners.

The Ministers have also called on universities to establish Armed Forces champions within each institution, which would be empowered to uphold the commitments of the Covenant, and to act as a first point of contact for the Armed Forces community, Service charities, and local businesses.

Some universities have also included Service children as a target group in their Access and Participation Plans, which all English universities will be drawing up this year for implementation in 2020/21. This is an initiative which the NFF has been actively involved in. 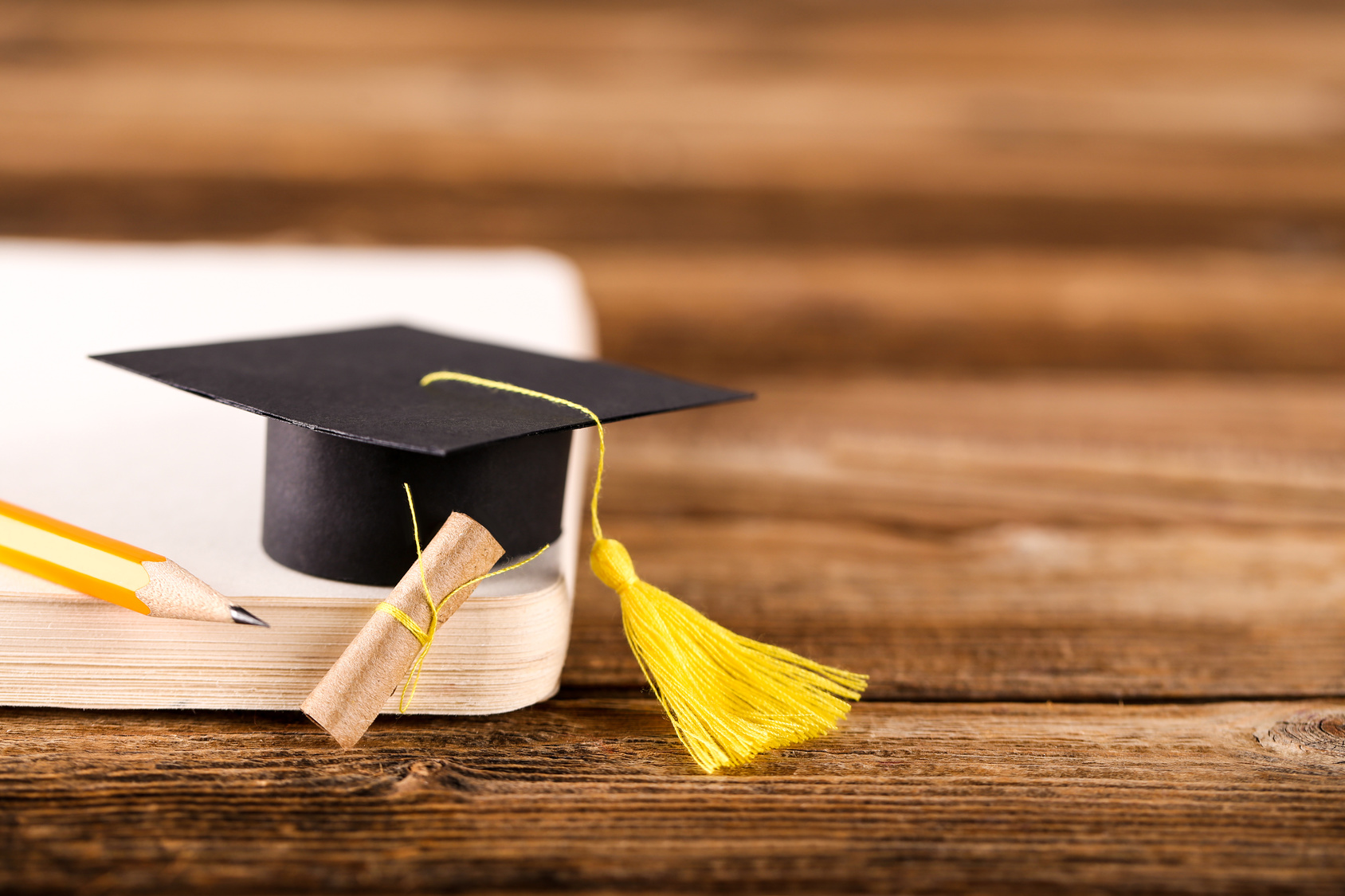