*Quick exit: the pink button at the bottom right of this page will redirect you to Google. It will not remove your browser history. Please visit this page for instructions on how to improve online safety/delete your cache.*

Definitions of Domestic Violence and Abuse

The Home Office definition of domestic abuse and violence is considered to be any incident or pattern of incidents of controlling, coercive or threatening behaviour, violence or abuse between those aged 16 or over who are, or have been, intimate partners or family members regardless of gender or sexuality. This can include, but is not limited to, the following types of abuse:

Other forms of abuse, which may not be violence, but equally as abusive, are considered to be controlling or coercive behaviour which is a range of acts designed to make a person subordinate or dependent.

Controlling behaviour is either:

Coercive behaviour is either:

No distinction should be made between psychological (mental) abuse and physical abuse when the Home Office assesses if a person has been the victim of domestic violence or abuse.

The Royal Navy has a policy of zero tolerance of Domestic Abuse and has procedures in place to provide confidential advice and support to those subjected to it. The Naval Service Family and People Support (NS FPS) or SSAFA can be approached in the first instance, they will provide a caseworker who will listen and provide information. This is a confidential service; they will not speak to your partner’s ship or unit unless you ask them to or unless there are child protection issues.

They will need to make sure that you and any children you have are safe, and will work with other agencies to protect you and your family.

The domestic violence rules do not apply to:

The domestic violence rules do apply to:

Partners of Foreign or Commonwealth members of HM Forces with 4 years’ service may make an application for settlement based on domestic violence, this is because 4 years’ service is the point at which the sponsor could settle if discharged from HM Forces.

Domestic abuse may be conducted by other family members, and not just the partner.  Those who are directly related to the victim, may be in-laws or step-family.

If an applicant submits evidence to show that their relationship has broken down because they have been subjected to domestic violence from someone other than their partner, they can still qualify for settlement under the rule. Evidence must clearly show that the violence has been the reason for the breakdown of the relationship between the applicant and their partner, for example where the person who abuses the applicant is a member of the partner’s family and against whom the partner offers no protection.

It should be noted that the spouse of a serving member of HM Forces who is a victim of Domestic Violence or Domestic Abuse does not have to wait until the end of the probationary period.

Neither do they have to rely on the serving member to support their application.

A victim of Domestic Violence or abuse may apply for Indefinite Leave to Remain (ILR) on their own merit, so long as the incidents of DV have been evidenced.

Evidence to substantiate must include at least one of the following:

If they are not able to provide any of the mentioned pieces of evidence, they should provide at least two of the following:

The types of evidence which may be produced and factors which should be taken into account by the Home Office when considering whether the evidence produced meets the requirements for a grant of leave can be found in the Home Office guidance. To see this evidence click here and go to pages 22 to 29.

Application process: You need to apply on form SET (DV). For the form and further guidance, click here. The Home Office fee is £2389 per applicant. If you can show that you are destitute, you do not have to pay the fee. You will need to evidence this – please see the next section.

If you are a victim of domestic abuse and you do not have an income of your own and you find yourself destitute, you may be eligible for the Home Office fee to be waived and granted access to public funds.

This section informs you of the requirements which must be met for an applicant to qualify for temporary leave outside the immigration rules, under the destitution domestic violence (DDV) concession.

A person is considered destitute by the Home Office when they do not have adequate accommodation or any means of obtaining it, or they cannot meet their essential living needs.  It could also be when a person has demonstrated, by way of evidence, that they would be rendered destitute by payment of the Home Office fee, because whilst they have adequate accommodation and can meet their essential living needs:

From 1 April 2012, those who meet the DDV concession criteria are granted 3 months leave outside the immigration rules (LOTR) with a condition code that does not restrict access to public funds.  Only those eligible to apply for leave under section DVILR under Paragraph 40 of Appendix Armed Forces are eligible for the DDV concession.

The concession only applies to applicants who have previously been granted leave to enter or remain as the spouse; civil partner; unmarried or same-sex partner of any of the following:

The Home Office will reject an application for the DDV concession, from those whose partner:

The concession applies to those who from 1 December 2013 were last granted leave under paragraph 23, 26, 28 or 32 of Appendix Armed Forces and are the partner of a member of HM forces who is British, settled, still serving and considered exempt from immigration control and has at least 4 years’ service as a regular, or was granted limited leave to remain on discharge; and

To benefit under the destitution domestic violence (DDV) concession, victims of domestic violence and abuse who need access to public funds, must complete and submit the LOTR (DVV) form to the Home Office by email.

In order to qualify for a grant of limited leave under the DDV concession, an applicant must:

Those who meet the criteria of the DDV concession should be granted leave outside the rules (LOTR) (DDV) for 3 months on conditions permitting employment and immediate access to benefits (code 1A).

The Home Office will send the applicant a letter which confirms they have been granted LOTR (DDV) and issue a status document by way of a biometric residence permit (BRP).

After being granted 3 months leave to remain, with access to public funds and a concession of the Home Office fee, the applicant should submit their SET(DV) application before their 3 months’ limited leave expires. The Home Office encourages those who are granted 3 months’ LOTR to submit a SET(DV) application within 8 weeks of their initial grant to make sure their case is considered before their leave under the concession expires.

If an applicant fails to submit their SET(DV) application within the 3 months limited leave, they will become an overstayer and may become subject to removal.

It is important to note that if leave is granted under the DDV concession, the applicant must make a separate application for Department for Work and Pension (DWP) benefits or housing benefits and will be assessed against the normal DWP criteria.

A grant of leave under the DDV concession is recognition that an applicant is destitute at the time the request is decided and does not guarantee that any subsequent application for leave under the domestic violence rules will be granted.

The AFF Foreign & Commonwealth Specialist is an OISC Level 2 qualified advisor who has been providing qualified immigration advice and practical support for Army families for a number of years. She has developed specialist knowledge of supporting F&C victims of Domestic Abuse (DA). Through a close working relationship with NFF, AFF are able to offer this specialist DA support to Royal Navy, Royal Marines personnel and their families.

The support can be offered in any location in the UK or overseas. AFF will do all the substantive work required to make the applications, including collating all evidence, completing the forms and writing letters of representation.

If you are currently supporting an F&C spouse in these circumstances who needs immigration advice, then please contact AFF at fcsupport@aff.org.uk

If you are the spouse in need of support, you can contact AFF directly, but they would prefer that you are referred to them via a NS FPS or SSAFA caseworker.

Click here for further guidance on domestic abuse for the Armed Forces community.

Applications made for ILR as a victim of domestic abuse, or those made under Article 8 of the Human Rights Act, should not be attempted without qualified immigration advice.

If you use the AFF support project detailed above then the AFF’s F&C Specialist is a qualified advisor, registered with the Office of the Immigration Services Commissioner (OISC) to provide immigration advice up to Level 2. If you wish to use a different advisor, then you should ensure they are also registered with the OISC to provide advice up to Level 2 or 3. Currently the Naval Families Federation are only qualified to level 1 and therefore can’t assist with these types of applications. NFF have a close working relationship with GBS UK Immigration who are based in Portsmouth and have a specialist in Armed Forces Immigration law. For their contact details and to see if they can assist you please see here.

Can I get Legal Aid?

Since April 2013, Legal Aid has only been available for applications under the DV rules.  Legal advisors can claim some of their costs back for these cases, but there is a cap on the amount they can claim. You may find that the amount of work they are willing to do is limited to completing the application form. Law centres are a good place to start if there is one in your area.

What should the immigration adviser do?

A good immigration adviser will begin by assessing the merits of your case. If they consider that your chances of being able to remain in the UK are very slim, then they should inform you of this. If you decide to go ahead with an application, then your immigration adviser should assist with the following:

What happens if my application is refused?

If you are given the right to appeal, then your adviser should discuss the merits of this with you. They should take you through the process and the timescales.

You will only have ten days following receipt of your refusal notice (Notice of Decision) to lodge the appeal. On average, it takes six months for an appeal to be heard at the immigration tribunal. Appeals can be very expensive and are not covered by Legal Aid.

If you think your immigration adviser has given you poor advice or an inadequate service, you can complain to the Office of the Immigration Services Commissioner (OISC).

You can complain about any adviser, solicitor, barrister, OISC regulated adviser or unregulated person operating within the UK and providing advice and services relating to immigration to the UK 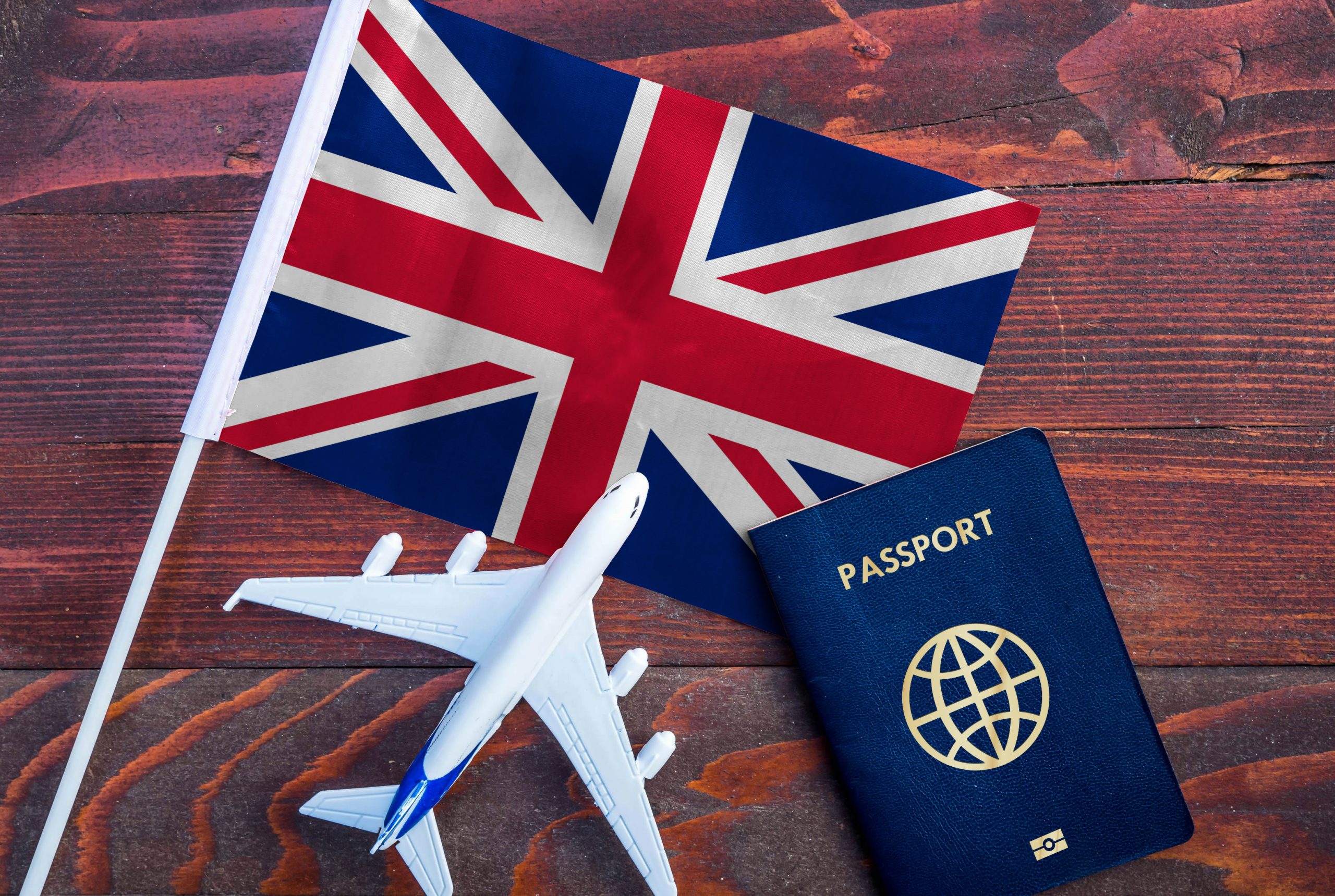